Sound creation in Music Technology - May 2021

As part of their learning in Music Technology, Year 11 students have been recreating the sound track for a clip from the film Guardians of the Galaxy.  With all sounds removed from the clip, the students learnt how to set about creating their own sounds, using Reason software and a range of technology in the recording studio.

Sound tracks are a mix of Foley sounds, recorded using everyday objects to recreate the intended sounds; dialogue, which is what the characters say; underscore, or background music; ambience, the sounds which tell us where we are in the world; and special and spot effects such as explosions.

Students learnt quickly the need to work on many different levels at once, and to create with great precision in order to capture the mood and meaning of the film clip. They produced some amazing results, just as good, if not better then the original soundtrack created for the film.

Jack B's work on how he created the soundtrack using Reason Software: 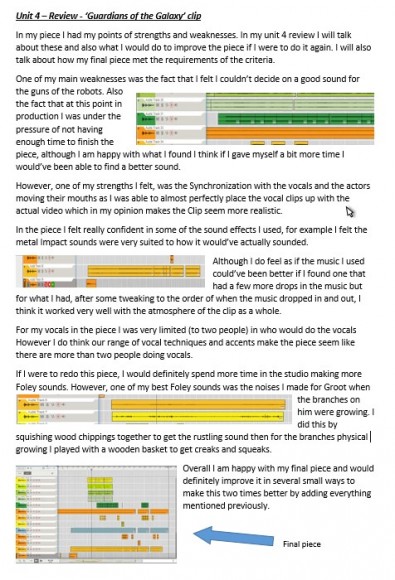 Mr John visited the class and found it very funny - Jack had added a certain squeak in place of a voice which made the class and staff laugh.  He was impressed that when one piece of music didn't work, Jack was able to substitute with something more suitable (Back in Black by AC/DC), and articulate why.